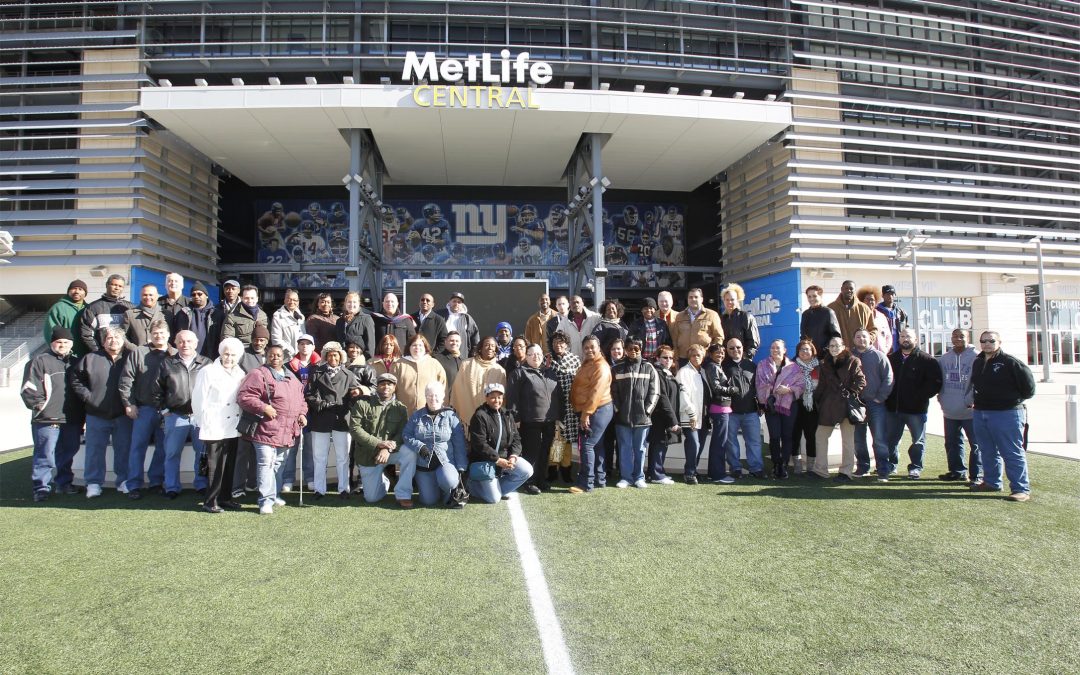 In 2013, the Housing Authority of the City of Elizabeth (HACE) celebrated 75 years of service in the community. From its inception in 1938, the organization has provided affordable and low income housing and services to thousands of families and spearheaded over $200 million in redevelopment projects. HACE held a 75th Anniversary Legacy Campaign to share tenant success stories and highlight past and current projects.

As a major part of the campaign, HACE partnered with Prevention Links, a 501c3 organization, to raise funds in support of opening the The Raymond J. Lesniak, Experience Strength & Hope Recovery High School with a special reception at MetLife Stadium on Thursday, November 14, 2013. The event, entitled “HACE presents The Big Game Experience”, was attended by New York Giants Football Legend, Harry Carson, featured a 75-year timeline display, and provided the chance for guests to learn more about the charter high school. Guests were also treated to a behind-the-scenes look at MetLife Stadium as preparations were made for the 2014 NYC/NJ Super Bowl and live entertainment by Valarie Adams & the Dimension Band.

In addition to the fundraiser, HACE dedicated all of its fall programming to the 75th Anniversary Legacy Campaign, launched a new website, and hung commemorative banners at housing sites. The business and local community were encouraged to become involved in the campaign by attending an event, becoming a sponsor, or nominating a tenant (past or present) to be featured in the history exhibit and legacy campaign.

The Raymond Lesniak ESH Recovery High School opened in September of 2014 and is the first public recovery high school in the state of New Jersey. Rooted in the belief that education is the great equalizer, E.S.H.’s mission is to create an environment where education and recovery from addiction go hand in hand. The school is a unique partnership between Prevention Links, one of New Jersey’s leading non‐profits focused on substance abuse prevention, and the award winning Union County Vocational Technical School district.